A lot of talk but I have found little concrete information: is there any reliable indication of the number of POWs that Ukraine is currently responsible for?

If using Excalibur, PGKs and other terminally guided rounds does the "1500" number still hold water?

I presume there are two effects of wear - accuracy and durability. Do PGMs extend the life of the barrels - assuming similar charges?
Click to expand...

First of, barrel life for artillery is not measured in "rounds" but in "effective full charge" rounds. Only a round fired with the highest charge possible would you count it as 1 x EFC. If you fire at lower charges, then they only count as varying fractions of 1 EFC so it's usual to fire many more than 1,500 rounds and still not reach 1,500 EFC.

Second, firing rounds creates two things, wear on the barrel and possibly stress fractures in the barrel. Wear increases the diameter of the barrel in a way that ends up reducing muzzle velocity and thereby range and accuracy. Range can be compensated for. Canadian guns have small radar sets that measure the muzzle velocity of each round fired and thus allowing for adjustments to the range.

As guns approach their effective life they are generally bore scoped and receive other tests to determine if there is excessive wear or other damage to the barrel. If not the EFC life of the barrel can be increased. Whether or not a barrel is condemned or not is a risk assessment. One can continue to adjust for muzzle velocity but barrel cracks and fractures can lead to a catastrophic barrel failure and that risk might be acceptable during a war when it wouldn't be in peacetime. There's more to it than just this and this article explains some of that.

Firing a precision munition does not "extend the life of the barrel". A precision round results in an EFC, or a fractional EFC, just like an ordinary round depending on the charge fired. On the other hand, with the muzzle velocity adjusted for and the round being guided, the precision rounds accuracy is not effected as that of a "dumb" round fired from the same barrel would be.

Note too that sometimes the nature of the ammunition makes a big difference to the barrel wear as well. Back in the early 2000's Canada had produced 105mm rounds with a driving band that seriously eroded barrels far beyond what had been normal.

So now instead of French Fries are they gonna be called Russian Fries?

I don’t think Prig is at that point yet.
He’s consolidating some power - but I tend to think he’s doing more Vlad’s bidding at this point. He’s targeting folks VVP doesn’t want to be visibly targeting directly.

KevinB said:
I don’t think Prig is at that point yet.
He’s consolidating some power - but I tend to think he’s doing more Vlad’s bidding at this point. He’s targeting folks VVP doesn’t want to be visibly targeting directly.
Click to expand...

But, at what point does VVP lose control of Prig?

SeaKingTacco said:
But, at what point does VVP lose control of Prig?
Click to expand...

Prig would have an ‘accident’ prior…

KevinB said:
Prig would have an ‘accident’ prior…
Click to expand...

People get smart to that, eventually, and maybe take their own precautionary actions…

KevinB said:
Prig would have an ‘accident’ prior…
Click to expand...

Or VVP could have a relapse have to deal with a cancer flare up.

Edit: Two minds with but a single thought...

One more for good measure - another woman sniper.

The joy of liberation continues

His trainers should be proud, and when this is over and if he survives, he would be an excellent guest instructor at pretty much every NATO AA/AD school 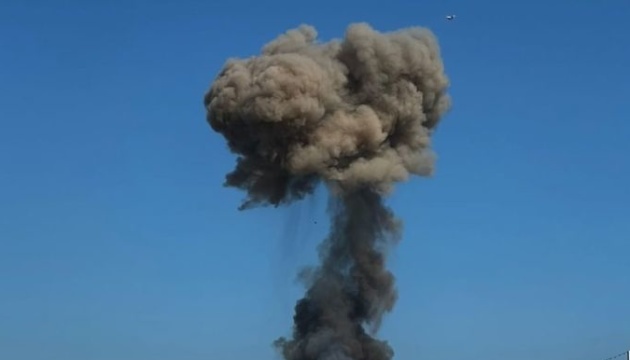 A paratrooper from Zhytomyr, code name "Celt", has already shot down more than 15 Russian UAVs and two Ka-52 helicopters. — Ukrinform.

Com's guys: opinions on the universal use of "handles" as callsigns by both sides in Putin's Genocidal War against Ukraine?

To the uneducated it seems a useable solution for a massively expanded volunteer/conscript army with limited time to train in radio proceedures.

This video is 25 min long but makes some excellent comparisons to Russia's failure in Ukraine to when the Soviet Union collapsed in 1991 and the conflicts that broke out in the Caucus, Central Asia, etc. We are already seeing it with Azerbaijan-Armenia tensions flaring up again this year and Kyrgyzstan-Tajikistan almost at war.

Some insane combat footage: Ukrainian IFV comes upon a Russian trench position and the dismounts go right for it, forcing the Russians to run
https://twitter.com/i/web/status/1591858092006068227

Zipperhead99 said:
Some insane combat footage: Ukrainian IFV comes upon a Russian trench position and the dismounts go right for it, forcing the Russians to run
https://twitter.com/i/web/status/1591858092006068227
Click to expand...

I couldn't make heads nor tails of this, it looks like a street throwdown straight outa Compton. Plus, I almost got a little seasick. 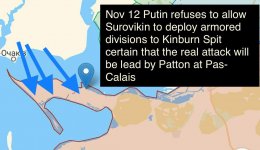 "Why does Canada buy Mosin rifles in huge quantities in Ukraine?"

Russia’s military gamble in Syria is paying off handsomely But for how long?